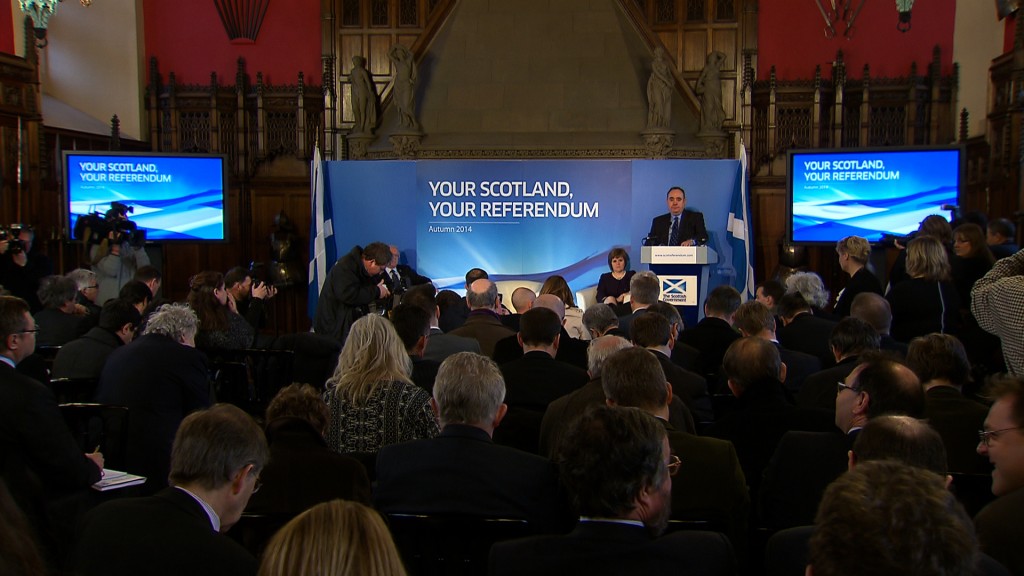 In less than one month’s time Scotland will hold a referendum on independence from the United Kingdom. This referendum was initially expected to yield an easy victory for opponents of independence, and while opinion polls still indicate a lead for the “No” option in the independence debate (of varying strength) it has become clear that support for independence is not the preserve of a hardline minority, nor an outlet for feelings of national chauvinism.

To illustrate this latter point, the opinions of Scottish adolescents[i] regarding both national identity and the question of independence demonstrate that primary identification with Scotland (as against with the UK) is no guarantee of support for independence. For while 53 per cent of Scots between the ages of 14 and 17 identify as either “Scottish, not British” or “More Scottish than British”, only 30 per cent would vote for independence.

Similarly, popular sentiment concerning historical and cultural identification with Britain does not support the claim that supporters of independence are motivated primarily by atavism. Asked to consider the statement “If Scotland becomes independent I’ll feel British due to history, geography and culture”, only 19 per cent of respondents either tended to disagree or disagreed strongly[ii]. In current opinion polls, however, support for independence ranges from 32 per cent to 46 per cent of the electorate (including undecideds).

One finds the same disparity between Scottish attitudes to the English people[iii] and support for independence. If Scotland were to become independent, only 12 per cent of Scots, according to opinion polling, would regard the English as foreign. Clearly then, it would make little sense for supporters of independence to attempt to court popular support through the manipulation of nationalist sentiment. This is why the substantial part of their independence debate has been about matters such as healthcare, currency and the preservation of the welfare state.

The wider significance of this is that regardless of which way Scotland actually does vote, it will not  be the case that political circumstances in the UK and Ireland will subsequently incline towards the growth of nationalist movements outside of England. Given that the Scottish referendum would be won, and has been fought, on grounds other than those of national identity, it does not seem reasonable to suggest that the status of Northern Ireland should be in any way affected by the outcome of that poll. To begin with, the feasibility of Scottish independence is bound up with the future prospects of Scotland’s oil resources – one can see this from the manner in which the UK government and the Scottish devolved government has contested estimates of future output. Northern Ireland is not afforded the luxury of freedom with respect to its future sovereignty by either its natural endowments or its domestic industry. And while it can point, as Scotland can, to a political culture different from that of Westminster, this political culture is characterised more by dysfunction than by a thorough-going commitment to communitarian values, as in the case of Scotland (according to proponents of independence).

It is premature, then, to ask questions about the sovereignty of Northern Ireland in the light of the possibility of Scottish independence. Scotland’s decision will be made on the basis of its electorate’s estimation of the probable outcomes for economic stability and social policy in the case of either independence or continued membership of the union. It is also premature to assert that in the case of Scottish independence, the notion of British identity would cease to have currency. For while a declining number of Scots (particularly among the young) continue to identify as British, they do not then begin to regard the English as foreigners; nor, as the above data demonstrates, do they show any wish to consider themselves wholly set apart from their neighbours culturally or historically.

If one wished to identify the significant factor in the sudden closeness of the prospect of Scottish independence one would do right in looking at the change in public attitudes over the last decade. But it is not the Scottish public which provides the data in this respect; it is the English public. The English have, since 1997, grown significantly less sympathetic with the welfare state and with the European Union. Scotland, as demonstrated both by opinion polling and by the nature of its independence debate, has not.

There is now a clear ideological divide between Scotland and England, manifested both in popular attitudes and in party support. In the 2010 general election Labour suffered heavy losses in England, polling below 30 per cent of the popular vote for the first time since 1983. In Scotland, by way of contrast, Labour’s popular vote share rose to over 40 per cent.

This ideological divide provides the crux of the current upswing in the fortunes of Scottish nationalism. To examine the future viability of the concept of a British identity, and to inquire as to the future status of the other constituent nations of the UK is to miss the real issue.