Society is an ever-changing setting of public interaction, shaped by altering economic, political, cultural and social environments. The purpose of this website is to identify and explore these issues, providing a forum for informed debate on and a further understanding of the societies we live in.
Articles 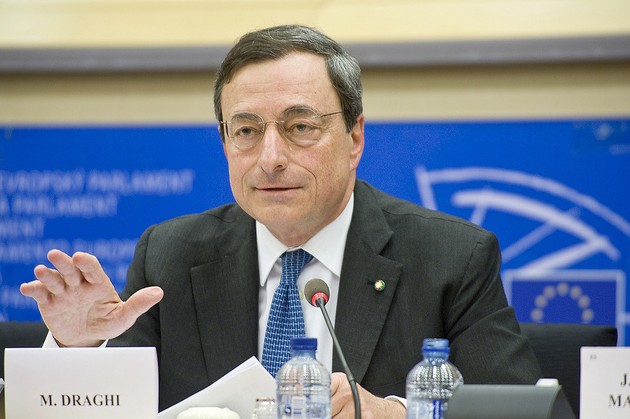 Recovery, growth & politics is a two-part article that focuses on the macroeconomic developments in the past 6 months and the attitude of central banks in the Eurozone and the United States, in an attempt to connect monetary policy stances, politics and the responses triggered in financial markets.

In post-crisis Europe, and specifically in the Eurozone, economic recovery has been rather sluggish. The year 2009 sparked a small rebound, which was stopped in its tracks by the sovereign debt crisis of 2011. The situations lasted around two and a half years, after which another upward movement started, only to be curbed by mid-2014. 2016 delivered another dose of uncertainty with the result of the Brexit referendum. In an attempt to support growth, the ECB has found itself forced to lower interest rates to historic lows and to resort to counter-cyclical measures, such as bond-buying programs, in an attempt to encourage lending, consumption and to inject money into the financial system. In the past couple of years it seemed that low or even below-zero interest rates had become the new normal.

We are almost at the end of the first quarter of 2017 and the question that most investors are asking themselves is: when is this going to end? Across the ocean, the Federal Reserve has already increased the Federal Funds Rate once in 2015, December 2016 and for a third time in the post-crisis period this March. Yet, the ECB seems not to follow suit, with Draghi reiterating that he will be patient when it comes to tightening policy (ending quantitative easing and raising rates again).

So far into 2017, the Eurozone PMI (Purchasing Managers’ Index, a measure that is widely used as a benchmark for economic activity, based on sales, employment levels, inventories and prices) has been steadily rising, in some cases hitting record levels. The composite index for March (and thus published at the beginning of April) stood at a 71-month high, at 56.4, with 50 being the level that divides contraction from expansion. According to IHS Markit, the data provider that compiles the index, this is a signal of growth in each of the past 45 months. Germany (57.1) and France (56.8) were doing particularly well with Ireland and Spain between the two. The Manufacturing PMI, which only looks at factories stood at 56.2, a six-year high.

Another key measure is inflation. The ECB’s objective is to keep an inflation level of “close, but just below 2%”. In the beginning of 2017, rising PMI indices, as well as Consumer price indices (CPIs) and Consumer confidence indices were also indicating rising prices, which inevitably led to inflationary pressures on the ECB. In February, Sabine Lautenschlaeger and Yves Mersch, two of the members of the Executive Board and hence of the Governing Council gave signals regarding the end of monetary stimulus in the form of asset purchases. A few weeks later, reports came out that a potential rate hike had been discussed at a meeting of the Council. Rising input prices (commodities especially) and a weaker post-Trump euro (notably in comparison to the dollar) were reinforcing signs. Analysts and commentators believed that these were signs that the ECB will react to.

Next to this, unemployment is close to an 8-year low at 9.5%, and even though countries such as Greece (23%) and Spain (18%) still have problems, the trend seems to be satisfactory.

In short, the signs are good. During his speech on the 6th of April, Draghi sent out a clear message: as it is, the ECB’s monetary policy is working and it is here to stay. And it is perhaps because of this that the signs are good.

Consumer spending, job creation and labour income are at this point in a “virtuous circle”, as Draghi puts it. Low interest rates are passed on through banks, making credit cheap. Oil prices remain stubbornly low, despite OPEC’s intention to drive the prices up by cutting output. Businesses can afford to invest and sustain output. What’s most important, however, is that wage growth picks up as well, as emphasised by chief economist Peter Praet in an interview last month. Higher wages enable consumers to spend more and businesses to drive up the prices in order to cover the higher salary costs, spurring inflation.

Indeed, in February, headline inflation went above the target, at 2.1%, yet Draghi repeated his dovish stance. This was partly because the key figure for the ECB is the core inflation (which excludes some elements, such as energy or food prices, which can be more volatile or seasonal), which stood at around 1%. Data for March was not out yet at the time of writing, but the expected headline was 1.5%, which signals that the bump was temporary. The ECB forecasts that 2017 will see it end below 2%.

Fiscal policy is also playing a role in this. In the 2011-2013 period notably, budget deficits and high debt levels of some countries were key factors in slowing down the post-crisis recovery. Between 2013 and 2015, this was no longer the case anymore with a neutral contribution, while 2016 saw a small positive contribution to GDP growth. The direct connection between austerity measures and Eurozone growth would warrant a detailed examination. On paper, they should have helped governments close their budget deficits, which in turn would stop acting as a break for recovery. But Greek taxpayers would probably argue that they haven’t fostered any growth, not to mention the feeling of having monetary policy set by a “foreign” institution.  In this context, it has been the ECB’s monetary policy that has sustained growth.

The message is that economic recovery is picking up. In April, the asset purchasing program (APP) will slow down from 80 to 60 billion euros per month and is set to continue so until the end of 2017 at least. What the ECB is aiming for is self-sustaining inflation, which at the moment does not seem likely without its stimulus program. It is true that deflation is not seen as a likely risk anymore, but at the same time, there is no urgency to loosen policy, which can frustrate some investors. Next to this, in some regions there are still high unemployment rates and output gaps, which mean that not all resources available are being fully utilized.

One more thing to keep in mind for the long-run is that 2019 will see some key faces step down from the governing council. Draghi, Praet and France’s Benoit Coeure will all leave, with the vice president (currently Portugal’s Vitor Constancio) and the Eurogroup Head (the leader of the Eurozone group of finance ministers) to be replaced in 2018.

Until then, perhaps the biggest downside risk that Draghi sees is not the economic, but political. The Dutch elections were a first test in 2017, which were concluded with a sigh of relief and the victory of the centre-right VVD of Mark Rutte (the former and likely future prime-minister). And while the German elections look unlikely to produce an upset, France is a different story. A Le Pen or Melenchon victory would be likely to upset markets (at the moment, bond markets are pricing the rise of Melenchon in the polls) and cause a long period of uncertainty, much like the Brexit result. However, compared to the UK, France is a member of the Eurozone and is its second largest economy. A Front National victory would have the potential to curb all the progress and momentum that Draghi’s ECB has struggled to create and sustain.

George Mircia is a graduand of Finance from Maastricht University in The Netherlands. His interests lie in financial economics, central banking, macroeconomics and investments.