Islam in Ireland: integration and education 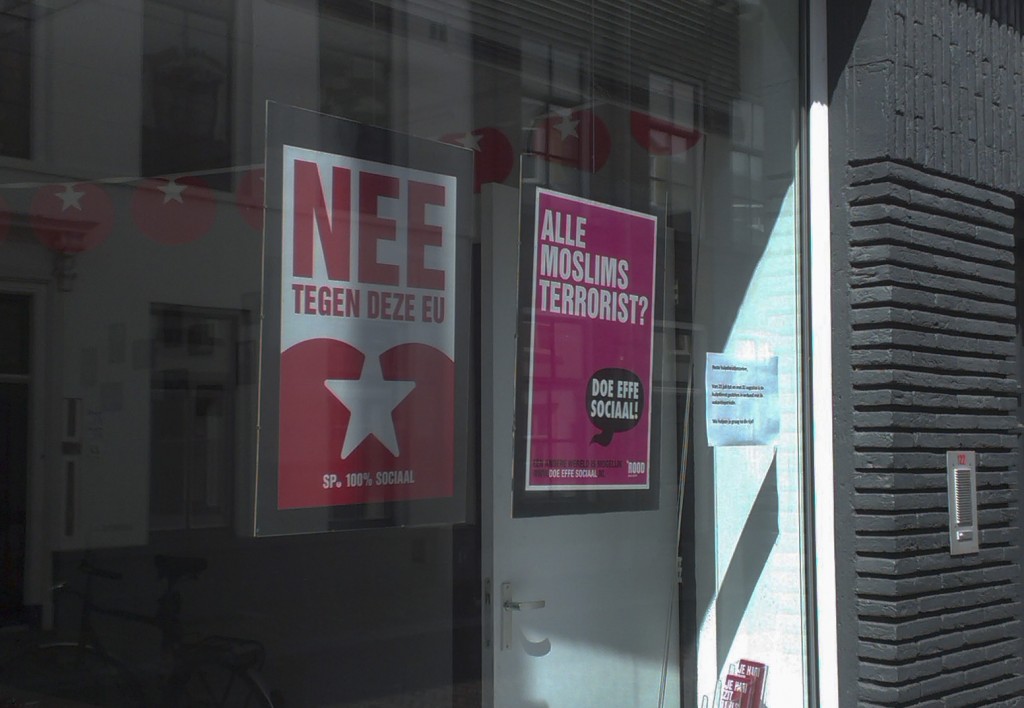 All Muslims Terrorists? Islamophobia has become a major issue in continental Europe and Britain.

Ireland’s Muslim community is relatively unique in Europe, in that the original influx of Muslims from abroad largely comprised of highly educated individuals and their families, for the most part coming to work in the Irish health service or other public sector positions. Unlike in other European states where most Muslims hailed from a particular country or region in the Muslim world such as former colonies, Irish Muslims have different backgrounds with no predominant ethnic or cultural group (Scharbrodt and Sakaranaho, p.474). In the past twenty years, Ireland Muslim population has increased over tenfold from a mere 3,875 Muslims in 1993 to 48,130 in the 2011 census figures. In that time, the Muslim population has for the most part integrated well into Irish mainstream society, with ethnic tensions and riots like those experienced in the French Clichy-sous-Bois riots of 2005, a foreign experience to Ireland. This is largely still the case, but it is also important to realise that the differences in our societies do not imply that we ought not to learn from the French and British cases.

On Thursday, the 21st of August, the headline on the cover of the Irish Independent read ‘Gardai tracking 30 jihadi fighters’. The story of Irish Islamists fighting (and in the case of three of those involved, including a 16-year-old, dying) for their jihadi cause, ought to raise questions about how successful our integration programmes are for minority communities, and whether radical strains of Islam are putting down roots in this country as well.

Rational agreements and economic co-existence alone are insufficient to keep a society from breaking down – it is necessary to share a certain moral code or collective conscience as termed by Durkheim (Durkheim, 1960). While there is certainly economic coexistence between Muslims and non-Muslims within Irish society, one can legitimately question whether a moral code exists between traditional Irish society (Christian or secular in nature), and the Muslim community. The rise of radical Islam in Britain and France has been responded to via an equally vicious rise in Islamophobia against all elements of the Muslim community. While the rise of radical Islam in any country can understandably raise fears within the general population, it is paramount that policies towards the integration of the Muslim community do not penalise ordinary Muslims in an attempt to eradicate radical strains of the faith. Rather, steps ought to be taken to integrate Muslims into the Irish community, with particular attention afforded to second generation Muslims, which research in France has shown to be more likely to pursue extreme versions of Islam than their migrant parents.

A method of moral code sharing could be through the active participation of both Muslim and non-Muslims in the same activity or community. This could and is being achieved in the education system, where despite a large proportion of Irish schools adhering to a Catholic ethos, different religious backgrounds are mixed in a multicultural environment. Popular sentiment would seem to dictate that a path of assimilation of minorities is the best policy, but research actually shows that integration with room for a ‘double identity’ fosters the best results (Verkuyten, 2014, p.108). As such, education policy ought to be directed at integrating young Muslims into the Irish education system, while at the same time allowing sufficient maneuverability for individuals to express their own faith.

However the solution is not as simple as just integrating immigrant students into ‘native’ schools. A look at international cases of school integration within community schools brings its own specific problems. Owing to the fact that immigrants are often found living in high concentrations within certain districts, schools in the local area are also more likely to attract more immigrant students; a situation which in turn leads to what has been termed ‘white flight’, where parents native to the host society enroll their students in other schools because of the increasing number of minority students, something which is also followed by immigrant parents of higher education and economic standing (Van Houtte and Stevens, 2009, p.218). This in turn has led to what Sierens termed as a concentration school, where immigrants are increasingly segregated into schools of high immigrant density (Sierens, 2006). With areas such as Dublin north-inner city already exhibiting higher proportions of non-Irish than Irish nationals, this could potentially also become an issue in Irish cities.

Likewise, the foundation of two Muslims schools, while understandably providing valuable cultural amenities to the Muslim population in Dublin, questionably do little to help integrate children into a multi-religion Ireland. Exposure to only one religion can in turn lead to the risk of the construing of that religion as an actual identity as opposed to a belief. The education system is commonly regarded as a way to transfer social and cultural norms that are fostered within society. One ought to question whether Muslim schools will only transfer those found within Muslim society.

Perhaps the feasibility of placing of quota levels within schools ought to be analysed, in order to stop high concentrations of certain ethnic and religious backgrounds in a limited number of schools.