Society is an ever-changing setting of public interaction, shaped by altering economic, political, cultural and social environments. The purpose of this website is to identify and explore these issues, providing a forum for informed debate on and a further understanding of the societies we live in.
Articles

Recovery, growth & politics is a two-part article that focuses on the macroeconomic developments in the past 6 months and the attitude of central banks in the Eurozone and the United States, in an attempt to connect monetary policy stances, politics and the responses triggered in financial markets.

The end of 2016 and the first quarter of 2017 have been rather good periods for financial markets worldwide. A simple buy & hold investment in the Euro Stoxx 50 (one of the leading stock market indexes for large-capitalisation European companies) would have yielded a little over 6% as of today, while the S&P 500 (the American counterpart) would have returned – at the time of writing – to almost 15%.

In the United States, Trump’s election gave investors new promises and hopes, with deregulation, investments in infrastructure and energy projects at the top of the list. There were also potentially new variables for valuation models such as a lower corporate income tax rate. In 2017 the Dow Jones index passed the 20,000 mark and the good news on job creation, unemployment, wages and inflation were feeding investors’ feelings. The start of Q2 has seen a cool-off and the focus has been on Trump’s attempt to repeal Obamacare and on his proposed tax-plan. The month of June also saw a small fall in tech stocks that, along with defence and aerospace stocks, had been doing great, surpassing the financial sector.

Since the end of the crisis, the Federal Reserve has increased the Federal Funds Rate once in 2015, in December 2016, in March 2017 and for a fourth time this June. Inflation for May was 1.9% (year-on-year), with core inflation at 1.7%. In the previous months, inflation had risen even up to 2.5% (January), 2.7% (February). Initially, the dollar fell on the news, amid worries that the reflation phase would slow down.

The jobless rate in June was 4.4% and is close to its lowest point in almost a decade. Wages, on the other hand, while rising steadily, have not quite kept the pace. At some point, the news came in that consumer spending had dragged down growth, amid some worries that inflation was eroding purchasing power. However, analysts and financial markets were not worrying and seemed to understand that this was just a temporary setback. After all, the Fed considered the economy to be operating at almost full employment and inflation seemed to be self-sustained. On July 7th, the latest job report confirmed the expectations of most economists.

Some commentators emphasised that at this point job creation will not be the issue anymore, but rather returning the long-term unemployed back into the workforce – in other words, an inclusive growth. Mohamed El-Erian, a renowned economist and author argued that “the return of discouraged and marginalized workers” is still the missing piece of the puzzle for the US economy.

Nevertheless, it is expected that successive quarters of employment and wage growth will raise the planned aggregate expenditure, which will eventually spur inflationary pressures. The Fed looks ready for the task. It has been signalling for a long time that 2017 will bring at least 2 hikes. Policy normalisation, through tightening, has finally come our way. However, a question that still remains is what will happen to the Fed’s balance sheet. Currently, the asset side consists of around USD 4.5 trillion, of which USD 2.4 trillion are in US Treasury securities. The Fed’s balance sheet will need to be trimmed down, but the bond holdings make the central bank a big player in the market. The process of unwinding the Fed’s balance sheet will likely be a slow and long process which, in principle, should not coincide with another rate hike[1]. 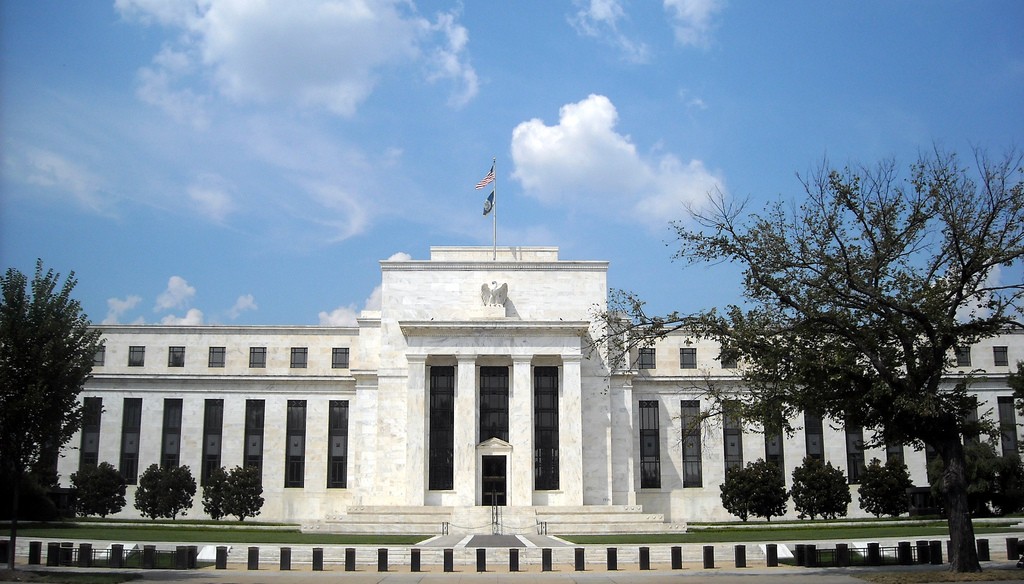 More interesting, perhaps, is the global picture. The ECB and other central banks, notably the Bank of Japan are still providing stimulus which does not look to be ended by the end of 2017. In my previous article, I argued that Draghi will be patient when it comes to tightening for two reasons: (a) he does not believe that inflation in the Eurozone is self-sustained (b) he sees downside risks for the zone, particularly in the political spectrum. Since then not much has changed, neither in Draghi’s speech, nor in that of the executive board’s members. These members represent different countries with different growth rates, inflation rates and generally different economic climates.

This is why, for instance Klaas Knot, the head of the Dutch Central Bank has been a proponent for an early end to the bond-buying program (known as the Asset Purchase Program, or APP). Simply put, the APP is designed to expand the money supply. Coupled with low interest rates, this encourages higher expenditure and investments. If continued for too long, these monetary policy tools could spur inflationary pressure that might cause asset prices to skyrocket (see housing prices). The Netherlands has a healthy growth rate and even though core inflation currently lies at 0.9%, the governor of the Central Bank believes that there are no more downside (or deflationary) risks and that a gradual normalisation would balance the deflationary/inflationary forces.

Even though it is known that the ECB’s top officials are always pointing towards inflation numbers, they are big fans of gradually changing their wording. It is part of their job and it is part of what the ECB calls ‘forward guidance’, or a map of the future for financial markets. Recently, Frenchman Villeroy de Galhau, in an interview for Bloomberg, used the expression “adapt the intensity of this accommodative monetary policy” and this can be interpreted as a slight signal. Notwithstanding, it is still not expected that the Central Bank will completely end its APP before the end of this year.

How does this compare with the United States? The post-crisis period has seen a clear discrepancy in terms of monetary policy between the US and the Eurozone. Both areas are well in recovery and have both been granted leaders who intend to implement ‘pro-growth’ policies (with Trump, Macron at the forefront), which in turn have spurred investment and consumer sentiment. Whether their policies will actually be implemented and how well remain to be seen. The Eurozone transformed this into broad-based growth but not yet into a self-sustained inflation. Normalisation will have to wait, whereas in the US it is right around the corner.

The Euro is still a young currency and it is far from perfect but it seems that its Central Bank is staying composed and patient amid a lot of political pressure. Indeed, in most developed economies, central bankers needed to learn how to cope with new and quickly-changing environments. This is a very general comment, but it remains to be seen whether the lessons from the 2007-2009 crisis and the boom before were learned and to what extent policy and law-makers alike will resort to structural reforms rather than counter-cyclical ones. One thing that we have definitely learned in all these years after all is that crises and booms come in cycles.

[1] Bloomberg provide a comprehensive explanation of the process.

George Mircia is a graduand of Finance from Maastricht University in The Netherlands. His interests lie in financial economics, central banking, macroeconomics and investments.