Society is an ever-changing setting of public interaction, shaped by altering economic, political, cultural and social environments. The purpose of this website is to identify and explore these issues, providing a forum for informed debate on and a further understanding of the societies we live in.
Articles / Features / Ryan's digest 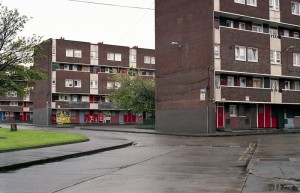 ‘The legacy of social housing and its provision has come to be regarded in some quarters not as a solution to the housing problem, but rather as a problem.’ Photo Credit: Angelo Failla

The recent election of Joan Burton as the 11th leader of the Labour party brings hope to its members of a change in the fortunes of their party which faced an electoral nightmare in the local and European elections. But comments made by Burton that ‘a Labour priority in the remainder of this Government’s term would be to deliver a major social and affordable housing programme’ will also bring hope to the 3,000 homeless persons, and 250 families being housed in short term accommodations.

Housing was once labeled the ‘wobbly pillar under the welfare state’, but in a country with a shambolic healthcare system and a stuttering public service, some might argue that the welfare state itself is but an illusion, and other services such as healthcare ought to prioritized ahead of social housing.

Burton’s re-emphasis on delivering social and affordable housing may be interpreted by some as a cynical attempt to regain the support of Labour’s traditional electoral base of the urban working class, which deserted the Labour cause in droves at the recent local elections. Yet regardless the reason, the return of the debate on social housing should be welcomed as an opportunity to reevaluate the role social housing has in the present, and identify the failings of previous housing programmes in the past.

Social housing goes beyond the provision of a house. Yet in the past, home ownership was treated as the ideal solution to housing problems, with previous administrations encouraging house ownership through mortgage interest relief and stamp duty cuts.

Private home ownership has largely come to be seen as the preferred outcome in the provision of housing needs, enabling the creation of stable communities and facilitating the accumulation of household wealth, described by former Taoiseach John A. Costello as giving everyone ‘a stake in the country’, a practice which, regardless of the cost, would amount to ‘good business nationally and socially’ (Norris & Redmond, 2005, pp.18, 26). To an extent, this policy can be regarded as successful, with Ireland having one of the highest levels of home ownership in Europe – but while the desire to own one’s own property may be understandable, for many it ought to be regarded as a non-runner.

The public ownership or the renting of accommodation entails that either the local authority or the landlord holds responsibility for the care and upkeep of the properties in question. However, private ownership applies this responsibility on the owner himself, regardless of whether the tenant has the means or capacity to adequately look after the property. The policy of selling Local Authority dwellings at a discounted price enables those not in a position to buy off the private market to afford a house, but those purchasing are often also not in a position to afford all the maintenance costs associated with home ownership, resulting in possible dilapidation and a fall in housing quality (Watson & Williams, 2003, p.23). As such, while this housing policy can be argued as providing affordable housing, it often does so at the expense of quality. This can be coupled with the fact that Local Authority housing tends to be small in size, and located in urban centres which are often considered as less desirable areas, with subsequent degeneration of housing quality only likely to further decrease the quality and desirability of housing in the area, with the possibility of ‘potential ghettoization’ as a result (Focus Ireland & Immigrant Council of Ireland, 2009, p. 22). The residualisation of social housing is such that the legacy of social housing and its provision has come to be regarded in some quarters not as a solution to the housing problem, but rather as a problem.

It is highly probable that the upcoming budget in 2015 will provide in some way for a new social and affordable housing programme, but it should only be welcomed if it steers away from the primacy of private ownership. Rather, policies should follow along the lines outlined in The Housing Policy statement of 2011, which, while continuing to emphasize the necessity for provision of good quality housing, does not place any emphasis on the need for this to be done through private ownership. This upcoming budget is the ideal opportunity to strengthen the wobbly pillar once and for all.