The Far-Right in Europe: Nightmare Scenarios and Inevitabilities 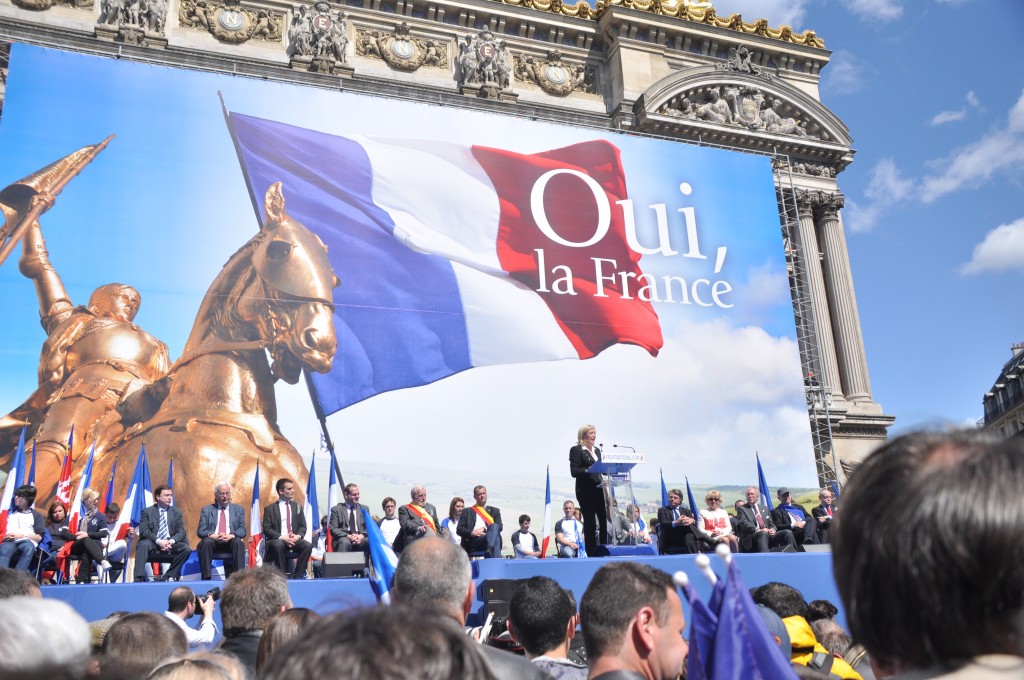 Last Sunday Sweden went to the polls to elect its national legislature. The result was the replacement of a minority centre right administration with a minority centre left one. In Europe an occurrence such as this (or its reverse) is generally of only passing interest. On this occasion, however, the most startling result of the election was not the defeat of the governing parties, but the surge in support for the far-right Swedish Democrats, who captured more than twelve per cent of the vote, making them the third largest party. A few days before this, opinion polls showed that Marine Le Pen, leader of the Front National, was topping polls for the French Presidential Election in 2017.[1]

The surge in support for far-right parties, made evident at the European Parliament elections this May has, then, not faded. On the back of this, I wish to attempt to answer two questions in this article. The first question concerns the type of scenarios in which continued success for the far-right could result. The second concerns the manner in which mainstream parties could attempt to avert further growth in support for the far right, or, at least, minimise the consequences of such growth.

(1)   The most serious scenario at present is the possibility of a Front National presidency in France. With the traditional right in France deeply divided and struggling to find new leadership, it is possible that Le Pen could face an opponent from the Socialist Party (President Hollande, if he decides to seek re-election) in the second round of the Presidential Election[2]. If that happens, then there is a high likelihood that supporters of the traditional right will back Le Pen rather than endorse a Socialist candidate. The consequence of a FN victory would be a French President pledged to destroy the European Union.[3]

(2)    Across Europe, where significant support for far right parties exists, it will become much harder for conventional parties to govern. Already in Sweden a far right party has, after two consecutive elections, denied a majority to either the centre-right or the centre-left. It is reasonable to predict that the consequence of insecure and weak government (which minority rule admittedly does not necessarily produce) will be a further growth in support for anti-establishment parties – the far right in particular.

I will now attempt to discuss the manner in which the above scenarios could be averted, or their consequences mitigated.

With respect to the possibility of an FN victory in France, it is difficult to see precisely what course of action is available to national government. President Hollande’s prestige is the lowest of the Fifth Republic era. The French economy is stagnant at best, and unemployment remains above ten per cent. For the Socialist Party, their only hope is perhaps to run an alternative candidate to Hollande. Even this, however, is uncertain. For the UMP, the party of the centre right, its sole concern must be to find a candidate attractive enough to defeat a Socialist opponent in the first round of the Presidential Election. Le Pen, barring a profound change of circumstance, looks certain to go to the second round (and at present, to top the first). The surest hope for the aversion of an FN victory, then, is to see Le Pen face a centre-right opponent.

A more interesting question is what other national governments and established parties can do to respond to the far-right surge.

The first possible alternative to situations like that prevailing in Sweden (strength of far-right preventing both centre-right and centre-left from forming majorities) is to look to the example of the European Parliament, where a grand coalition between the centre-right European People’s Party and the centre-left Socialists and Democrats has been formed. It is just possible that similar formations in countries with a sizeable far-right presence in parliament could provide the answer to the difficulty of forming strong governments. It is equally possible, however, that such a response should serve to strengthen the far-right – voters angry with the political establishment should then have little recourse but to the turn to parties such as the Swedish Democrats and the FN.

The experience of Italy during the Cold War presents a further alternative. There you had a political system where the large presence of the Communists (PCI) in parliament led to a blockage whereby the Christian Democrats were able to avert governmental change (with brief interludes) until their collapse in the early nineties. The example of the late 1970s, however, does provide a hopeful example to European politicians dealing with the presence of a political force enjoying large scale political support, but which cannot be integrated into the system. In 1976, the PCI captured more than a third of the popular vote, and very nearly overtook the Christian Democrats as the largest party in Italy. After this, it became clear that some form of rapprochement was required. Without formally taking the PCI into government, the Christian Democrats brought themselves into a position where they were reliant on their support. After this period of responsibility, the PCI became the most trenchant supporter of law and order during the Red Terror of the late 70s, and began to distance itself from the Soviet Union.

In the case of the present tranche of far-right parties in Europe, the analogy between them and the PCI is certainly a stretched one. There are many who argue that the latter was, by the 1970s, essentially a social democratic party, regardless of its communist symbolism and heritage. Few could argue that the rhetoric and posture of parties such as the Swedish Democrats is a cover for an underlying centrism. And few should wish to make these parties respectable, as integrating them into the political system would surely do, without the assurance of setting in train a course of moderation.

The only conclusion I can state, then, is that the rise of the far-right presents a quagmire for European leaders and, more broadly for those committed to liberal democracy in Europe. There is no sure way to avert either of the scenarios presented above, which is a way of saying that there is no sure way that the European Union will survive the next decade and that, in the long run, the future of pluralistic liberal society is by no means guaranteed on this continent.