Society is an ever-changing setting of public interaction, shaped by altering economic, political, cultural and social environments. The purpose of this website is to identify and explore these issues, providing a forum for informed debate on and a further understanding of the societies we live in.
Articles / Features / Ruairi's digest

PR-STV and electoral reform in the Republic of Ireland 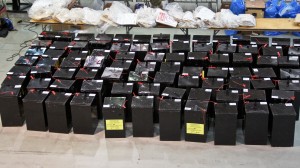 The character of high politics in the Republic of Ireland has, as a consequence of the cluster of crises and controversies around the first decade of this century, come under a degree of impeachment. Central to the claims of its accusers is the notion that Irish legislators are not sufficiently national in their outlook, preferring instead to tend to the purely situational concerns of their constituents. As a consequence of this, the electoral system of PR-STV (the first two letters of the initialism are redundant – in reality, the system is not proportional as any even rudimentary index of that quality or its absence should demonstrate) is frequently fingered as a source of political malfunction. Its operation, on the basis that it compels competition between candidates ostensibly competing on the same program, and under the banner of the same party, puts incumbents under the constant necessity to devote a very great deal of their time to the maintenance of purely personal bases of support, to the detriment of their ability to reflect, read and cogitate. This, at least, is the argument.

Such an elementary truth is this (or, at least, is the initial proposition), that little energy is spent on the accumulation of evidence in corroboration. Anecdotes will have to suffice – here is a well known one; in the mid 1980s, during the second Fitzgerald government, the then Minister for Education, Gemma Hussey, met her British counterpart, Keith Joseph. The latter began, in the course of their dealings, to boast of his punctilious attendance to his parliamentary constituency, noting that he performed at least one “surgery” per month. Hussey, unperturbed, responded that she was expected to perform at two to three of these services per week.

Such are the demands on national ministers, in a highly centralised political structure, and amidst an ever thickening mesh, multilateral and local, of legislation, precedent and practice. The assertion that this is deleterious is an uncontroversial one. Clearly we cannot hope to enjoy an educated, reflective and dynamic body of legislators while those public servants are under the obligation to devote a very great bulk of their time to innocuous and inconsequential constituency concerns.

All of this is but the conventional wisdom.

Claims of that variety, however, behoove themselves to demonstrate their veracity. In the first instance, there is little to be said for the correlation between the present electoral system and the unduly constituency-oriented (I am loath to use the term “parochial”) nature of the manner in which politics is practiced. Hansard, the archive of the Parliament of the United Kingdom, records that Irish members of the House of Commons, in the early part of this century, were not infrequent in their tabling of parliamentary questions concerned with the petty needs of their constituents.

Eugene O’Sullivan, MP for East Kerry for six months in 1910 (until his removal on petition following an acrimonious and fraudulent election) made ten contributions in the House during his brief period of service. Each of these contributions was devoted to the individual circumstances of certain of his supporters. His cousin, Timothy O’Sullivan, elected later in 1910 for the same division, confined himself, too, to parliamentary work of the same character. A typical interjection from that member now follows;

“[Mr. O’Sullivan] asked the Chief Secretary whether he is aware that the local pension committee allowed a pension of 5s. per week to James Daly, of Knockanes, Headford, and that on appeal to the Local Government Board they decided he was not entitled to any pension; on what evidence was this decision arrived at; and whether, seeing that the rent of applicant’s farm is £1 19s., and its Poor Law valuation only £2 5s., he will explain how they come to the decision that on the score of means he is disentitled?”

The spirit in which is conducted still the work of Irish politics was set well in advance of the promulgation of the present electoral system in 1920, and, indeed, to the (re) establishment of a national legislature.

It might still be the case that a system which encourages intra-party competition, as PR-STV does, exacerbates a supposedly deleterious tendency. The available evidence, however, does not support such an assertion. As David Farrell notes[i], comparative studies of Ireland, Malta and the Australian state of Tasmania demonstrate no correlation between STV and what is termed “brokerage politics”. Whilst it may be remarked that at least one of the latter jurisdictions (Malta) is characterised by the two-party nature of its politics (Tasmania’s experience is perhaps more redolent of Ireland from the 1960s the mid-1980s), it is still true that there is no empirical basis for a belief in the tendency of PR-STV to exacerbate the phenomenon in question.

Here it is worth remarking that it is not obvious that the near total fixation of a majority, or at least a very great proportion, of national parliamentary representatives on the personal concerns of their constituents is an altogether regrettable state of affairs. We might tentatively suppose that a culture which expects this of its elected officials is a culture liable to avoid major conflict on the basis of ideology, or even, less dramatically, to return fractious and mercurial parliaments. But it is difficult here to separate the cause and the effect.

What is doubtful is that it is agreeable to the interests of a modern nation state that elected officials enjoying high office should have frequently to devote themselves to constituency work, at the expense of national affairs. It is this particular characteristic of Irish politics which might be called the source of our dissatisfaction with PR-STV; because while it is certainly difficult to postulate a causal relationship between the presence of an electoral system which encourages intra-party competition for personal votes and the engagement of ostensibly national political figures in local brokerage politics, it is certainly easy to see how such a situation could be avoided under a different system.

Single member plurality voting (First Past the Post; although FPTP does not necessarily involve single-member constituencies) where it leads to the establishment of rigid voting patterns in certain constituencies (safe-seats) allows for the presence of parliamentarians almost wholly devoted to national affairs, on the basis that their local electorates are already sufficiently loyal to guarantee re-election.

I consider it doubtful that anyone should advocate the institution of FPTP and single member constituencies with the aim of producing parliamentarians of this kind. In the first instance, it is almost impossible to forecast the establishment of such voting patterns as would allow members to retain their seats whilst avoiding brokerage politics.

More common forms of proportional representation, such as List-PR (preferably closed, in relation to the phenomenon we are supposed to be concerned to eradicate) and Mixed Member Proportionality would also have the advantage of allowing the election of singularly focused national parliamentarians. MMP, however, does not have the advantage of guaranteeing list seats for the most nationally oriented figures (although a Mixed Member Majoritarian system, as is used in Japan, for instance, would have this advantage.) Frequently, in any case, parliamentarians of national note in both types of Mixed Member Systems hold seats in single member constituencies elected through FPTP. This is true in the cases of Angela Merkel and Shinzo Abe. And while I do not claim that it is necessary to avoid national political leaders vying for personal votes in either single or multi member constituencies, the particular character of Irish politics is such that it is desirable to avoid situations of this type; such is the force of expectations with respect to the local obligations of public representatives.

We are left, then, with List-PR. Without wishing to enter into a prolonged discussion of the probable effects of an change to this electoral system, I will venture to say that List-PR, in combination with a single national constituency, would almost certainly cleanse the Dail of independents and locally-oriented micro-parties. Given the presently substantial share of the popular vote garnered by candidates falling under both banners, it is reasonable to assume either that major changes in the party system would result, or (if such candidates continued to enjoy popular support of a similar magnitude) an unproportional result with regard to the distribution of seats on the basis of popular support. If we were to take the popular vote result of the 2014 Local Elections, establish a single national constituency of 158 seats (the number which will be contested in the next general election), establish a quota of two per cent of the popular vote in order to gain representation, assume that none of the present independents and minor party groupings were to gain enough votes, alone, to gain representation (as would be  likely) and conduct an election under List-PR, the results would be as follows[1];

The above hypothesis assumes much, but it is difficult to envisage a state of affairs wildly divergent from the above following the promulgation of List-PR, without, at least, the formation of one or more major new national political groupings. Even without a legal quota such as the one above (2% of the popular vote; a relatively low barrier) smaller parties would still struggle to gain representation, especially where their vote is concentrated regionally. In consequence, without a major adjustment to the existing party system, both in terms of popular support and the proliferation of major groupings, the introduction of List-PR to this country on the above terms would produce a highly disproportional distribution of parliamentary representation.

On this basis, then, it is hard to see how the problem of brokerage politics in Ireland can be resolved by institutional fixes, at least without producing further debilitating problems. Even the separation of the executive from the legislature, as per the example of the Netherlands, would not guarantee the ability of a select group of national politicians to avoid the practice of local brokerage politics; whatever about the executive, the legislature itself must be constituted in part by persons of national standing who are concerned exclusively or almost exclusively with national affairs.

I tentatively conclude, therefore, that the problem is simply the outcome of the political culture of this country. The Irish electorate consistently rewards politicians who eschew national affairs in favour of attention to the immediate personal concerns of their constituents. Institutional tinkering cannot be relied upon to eliminate an inveterate and ingrained habit.