The end of Schengen and the Euro dream? Europe’s crisis of consensus

The tragic Paris attacks on November 15th 2015 marked a critical turning point for an already shaky European Union. The unprecedented European migrant crisis had already tested the capability of the EU to achieve consensus among its Member States on a coordinated European solution. These recent events combined with a widespread dissent for imposed austerity measures following the fiscal crisis in 2008, have caused the Union to rapidly lose favour with EU electorates. 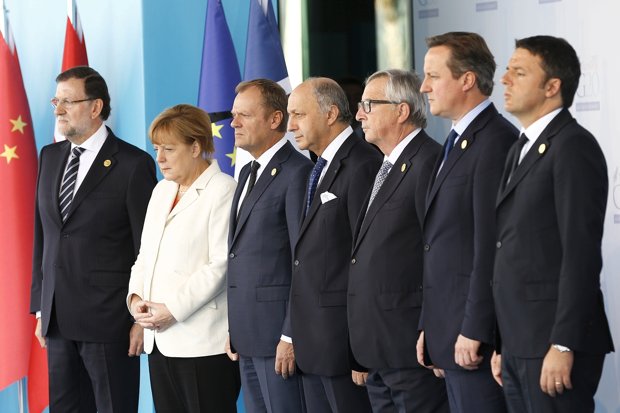 More crucially, this time the European project appears to be losing currency with EU leaders, as tensions reach record highs.

The UK are intent on holding the 2017 referendum on a Brexit or British exit from the Union, widespread austerity measures have caused personal and social suffering, as well as stifling Member State abilities to respond to crises like the migrant crisis. Member States maintain fragmented views on a collective European response to the migrant crisis and far-right wing political parties continue to score electoral victories across the entire region. The Islamic terrorism that has hit Europe all too often could be the final nail in the European project, which many now regard as a failed experiment of European integration (Guerot, 2015).

The fragmented opinions of its Member States has resulted in a resurgence of the Nation State, with states retracting inwards away from the Union in a move of reactionary nationalism. This has been evidenced by the successful victories of far-right wing political parties in both local and European elections; ranging from the Swiss People’s Party re-introducing immigration quotas in 2014, the UK’s Eurosceptic UKIP and BNP, PVV in the Netherlands, Golden Dawn in Greece, the Danish People’s Party and most scarily of all perhaps, Hungary’s neo-Nazi Jobbik.

A European project which set out with the intention of complete convergence and policy harmonization has ironically, resulted in widespread divergence and disharmony.

In September, Jean Claude-Juncker stated at the Annual State of the Union Address ‘’our European Union is not in a good state’’ and the situation has only worsened. Europe is facing several simultaneous crises key among them are deficits, democracy and demographics which interlink and continue to exacerbate each other (Hansen and Gordon, 2014). These simultaneous crises have mounted pressures on Member States, resulting in a widespread crisis of consensus. The EU remains stuck – unable to effect supranational legitimacy as it struggles with the power of Nation States retaining sovereignty, while unable to change direction from the original European project set out by the founders.

Gramsci’s words are fitting ‘’the times in which the old cannot yet die and the new cannot yet emerge are the times of monsters”.

Indeed, many Eurosceptics and new Euro-critics regard the EU as an unstoppable, monstrous bureaucratic machine lacking accountability and transparency in reaching supranational decisions that affect the lives of ordinary EU citizens. Common EU decisions appear to be ‘’imposed’’ by a political monster, a market without a state and a state without a face. This opinion has become a widely-held sentiment on the Union, and therefore, it has been widely accepted that major reforms need to be implemented in order to rescue the project. The latest exposure of ineffectiveness revolving the Schengen policy of open borders has posed the greatest threat to the European project.

The Schengen Agreement signed in 1985 created a borderless European space for Member States eliminating passport checks at national borders. The Schengen Agreement applies to 26 Member States excluding for Bulgaria, Croatia, Cyprus, Ireland, Romania and the United Kingdom. Schengen underpinned the most important integrationist task for the European project – the principle of Freedom of Movement which has come to be integral to the Union. For European leaders, Freedom of Movement also helped to combat another crisis facing the EU; demographics. Schengen was also pinpointed as a solution to Europe’s widespread falling birth rates and ageing populations which continue to put financial strains on public pensions and welfare state transfers across the entire region.

In addition, the United Nations also encouraged international labour migration to combat Europe’s demographic shortfalls (Alonso, 2011).  Yet, at the same time that national border checks were eliminated, the EU’s external border controls were intensified – creating an illusory wall around the EU (Andreas, 2000). A liberal paradox emerged; on the one hand labour migration was encouraged while unwanted forms of migration such as asylum-seeking became subject to intensified border controls (Hollifield, 1992). The EU’s border control agency Frontex has been subject to investigations by the European Ombudsman, for engaging in ‘’push-back’’ sea operations amid the recent migrant crisis. Despite a liberalisation of borders within the Union, external border controls continue to intensify.

Member States raised security concerns over Schengen and the ineffective Dublin Regulation which transported migrants to the first Member State of entry, continuing to overburden states like Greece and Italy. This heightened tensions among Member States yet again, exhibiting the North-South divide that exists within the Union. Guerot (2015) claims that this is one factor underpinning the lack of consensus within the Union, the way in which Member States nationalize their problems instead of sharing responsibility. Similarly in the case of the fiscal crisis, Greece was scapegoated as a problem state and basket-case economy, while many renowned economists like Joseph Stiglitz maintain that the EU’s weak fiscal institutions were as much to blame (New York Times, 2015).

Periphery countries were treated as peripheral and a fundamental lack of solidarity between such diverse Member States resurfaced as the migrant crisis further exposed the lack of unity between North and South.

The suspension of the Dublin System during the migrant crisis confirmed the inadequacies of common EU measures. Just recently, in December 2015 the European Commission proposed ambitious measures such as a designated European Border and Coastguard, with a revision of Schengen border codes. The proposals would supposedly ease burdens on Member States by pooling independent resources of the European Border and Coastguard Agency and Member State authorities responsible for border management.The UK referendum on a British exit from the Union, has centred on the increased need for British control of borders without EU interference – despite the UK being outside Schengen.

The Paris terror attacks on November 15th have reinforced the inadequacies of Schengen and have heightened security risks across the region. It was reported that one of the gunmen behind the Paris attacks travelled to Paris from Greece, posing as a Syrian refugee (New York Times, 2015). This has escalated national European debates regarding EU border control and Schengen, with far-right wing parties advocating for harsher measures. The UK government have been lobbying for widespread reform of common EU measures, including the proposal to be exempt from the ‘’ever- closer union’’. However, it seems that the continuous lack of consensus between Member States and the increasing victories of far-right wing parties, may indicate a widespread lack of support for an ever-closer union.

Without sufficient reform the EU remains to be a formal governance system, created by elites, which appears to impose supranational decisions without transparency. Ulrike Guérot (2015) in her proposal of a European Republic, contends that for the EU integration was yesterday’s word, tomorrow’s is democracy. It remains clear that the vision of a United States of Europe has lost its currency and relevance, Guérot  proposes a European Republic whereby Nation States maintain their identities yet act as an external entity on international issues. Furthermore, Guérot claims a new vision of republicanism would give Europe ‘’a soul’’ and emphasise a social union.

While the proposal of a European Republic remains under construction and is acknowledged to be a lengthy process of reform, Guérot’s points hold accuracy. The Euro-project is certainly in need of revitalization in order to become relevant to EU citizens. The EU’s current image is a hollow one; for European citizens the European flag represents a bureaucracy, a technocracy and a political monster (Guerot, 2015; Habermas 2015). As a result, many Europeans feel emotionally detached from the Euro-project and this remains to be a problem for a Union intent on integration. The EU must respond with widespread adequate reforms to strengthen its institutions both democratically and financially, for both the economic sustainability and social cohesion of the Union.

While reform is seemingly under way, the EU have a tough task in convincing the increasingly far-right wing EU electorate, that the European project is capable of change and adaptation in response to the needs and desires of its citizens. However, what if the wants and needs of its citizens are now incompatible with the concept of an ever-closer union? While it may seem inconceivable that the EU would be subject to a roll-back, a Brexit in 2017 could open the door to further exits and bespoke treaty concessions for Member States, jeopardizing the ever-closer union. The EU remains at its most critical juncture tasked with resuscitating the Euro-project. Only time will tell its fate.

Andreas, Peter, and Timothy Snyder. 2000. The wall around the West: State borders and immigration controls in North America and Europe. Rowman & Littlefield.

Guerot, Ulrike. 2015 ”Europe as a Republic: The Story of Europe in the 21st Century”. Available at https://www.opendemocracy.net/can-europe-make-it/ulrike-guerot/europe-as-republic-story-of-europe-in-twenty-first-century