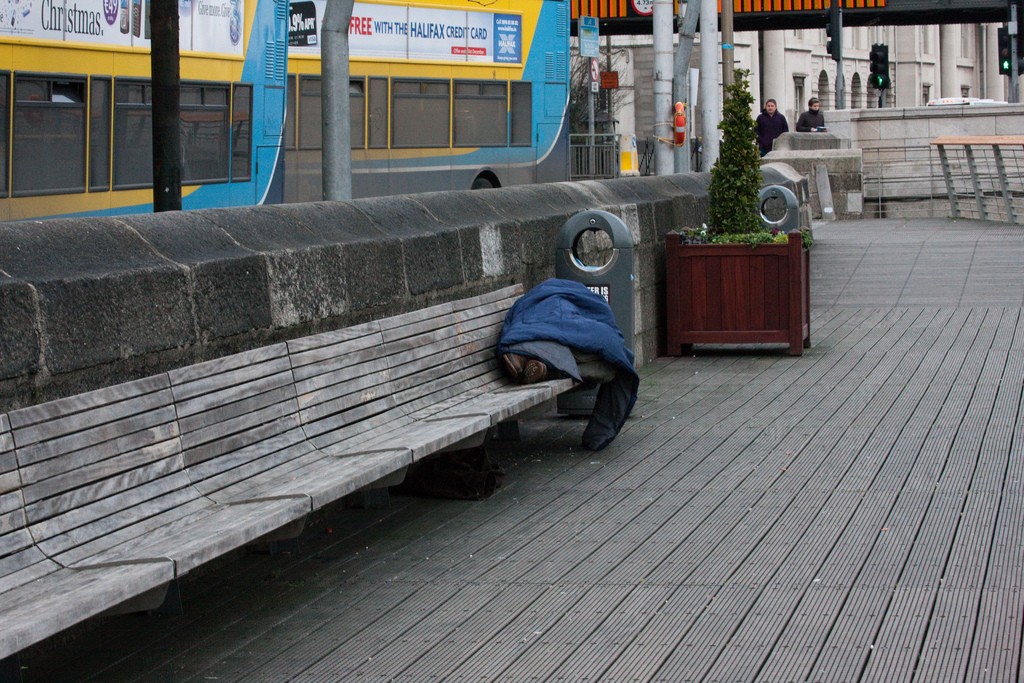 My previous article sought to highlight the issues arising from structural homelessness, and the necessity of adequate policy intervention to help resolve the problem in the future. Analysing international responses to homelessness, it is difficult to identify any industrialised states that have successfully eradicated homelessness in all its forms. While structural homelessness can largely be tackled through the increased provision of affordable housing, social housing and improved welfare benefits, individualistic homelessness poses a more complex situation, where housing alone is unlikely to provide a lasting and sustainable solution.

Yet individualistic homelessness extends well beyond alcohol and narcotic abuse, and includes other individual difficulties including mental health issues and release from incarceration. Indeed, while drug abuse has received the largest amount of public coverage when analysing the causes of rooflessness in Ireland, incarceration and homelessness hold strong two-way correlations, and the release of prisoners without adequate support structures in place leaves many former prison inmates at high risk of homelessness. While welfare state systems are designed to promote social inclusivity and improved access to services, the criminal justice system holds long term exclusionary effects on prison inmates, removing them from society for periods of time, and oftentimes releasing them without adequate reintegration measures (Busch-Geertsema et al., 2010, p. 32).

The Homeless Preventative Strategy of 2002 sought to ensure that:

no one is released or discharged from state care without the appropriate measures in place to ensure that they have a suitable place to live with the necessary supports, if needed (Department of Environment and Local Government et al., 2002, p. 3, quoted in O’Sullivan, 2008, p. 212).

Incarceration, while not commonly regarded as an example of ‘state care’, should likewise be covered by the above statement. But the ‘revolving door’ incarceration system of short-term sentences is culpable for some of the cases of rooflessness in Ireland, indeed more so than longer prison sentences, as short term sentences not only disrupts accommodation and employment, but lacks the social reintegration measures available to the long term incarcerated. This issue is not solely evident in Ireland, and has been covered by Dyb’s (2009) study exploring the link between homelessness and incarceration. In her research on the Norwegian case, incarceration was identified as a major gateway to homelessness, with one third of inmates surveyed having been homeless on entering prison, yet two-thirds being homeless upon release, providing a stark illustration of how incarceration can act as a homelessness multiplier.

While decriminalising drug possession is a simplistic and ultimately self-defeating approach (a topic to be addressed in a future article), it must also be realised that incarceration is not a suitable response to dealing with social problems such as narcotic abuse, and will ultimately only succeed in increasing rooflessness, itself a gateway to narcotic use.

Personal difficulties are a defining feature of individualistic homelessness that sets it apart from other forms of homelessness, yet it ultimately shares the same fundamental element of all categorisations of homelessness – a lack of permanent housing. Providing housing for the individualistic homeless poses unique difficulties not present in structured homelessness, and debate remains open on whether solely improving access to social housing is a suitable response. Approaches to housing the individualistic homeless vary across the globe, but distinct contrasts can be observed in those adopted in Europe versus the United States. In Europe, the ‘staircase services’ response is the dominant approach, where accommodation based services are intended to enable and support individuals to the extent that they will be able to live independently in their own homes (Busch Geertsema et al., 2010, p. 73). Making people ‘house-ready’ however is a step-by-step process, whereby individuals need to progress through pre-set stages, and where ‘failing’ requirements such as abstinence from drugs or alcohol can lead to falling back down the staircase or even ejection from the staircase system altogether and a return to homelessness (Sahlin, 2005).

Recent moves in the US have adopted a housing first approach, where individuals are provided with housing without prerequisite requirements to be narcotic free, etc. Such a system has been adopted in Utah, where rooflessness has undergone a significant drop. Proponents point to the fact that costs are lower than corresponding staircase approaches, while providing roofless individuals with permanent non-conditional housing and a social worker are more likely to take individuals off the streets in contrast to the imposing expectations placed on individuals in the staircase method (Sahlin, 2005). Whether such an approach would work in the Irish context, or would rather only lead to the degeneration of areas where such housing would be provided, remains open to discussion. What is certain is that social housing at present is not easily accessible to individualistic and roofless homeless, the vast majority of whom are single homeless, and unlikely to attain social housing over homeless families (O’Sullivan, 2008, p. 227).

There is currently a dearth of longitudinal and empirical research on homelessness both in Ireland and Europe, with contemporary research largely focusing on individual vagrants and not on the problem of vagrancy itself (Busch Geertsema et al., 2010, p. 13). Unfortunately, such an approach is not only evident in academic research but also in public discourse, where public sentiments can lead to knee-jerk reactions, yet fail to fully address the situation into the future. This is strikingly evident in the MakeRoom campaign, which set out to ensure that ‘nobody [is] sleeping rough, nobody [is] living in emergency accommodation for longer than is an emergency and nobody [is] becoming homeless because of a lack of appropriate services’ (O’Sullivan, 2008, p. 217). The campaign, launched prior to the 2007 general election, successfully managed to get all political parties to publicly commit to ending homelessness in Ireland by 2010. Eight years on, figures published this month by the Dublin Region Homeless Executive show that there are 677 homeless families in the Dublin regional area alone, as well as a 109 per cent increase on the number of homeless children in the area in the space of twelve months.

It is evident that homelessness continues to be a major and immediate problem in Ireland, and as such is likely to become a key issue of discussion in the upcoming general election debates. While it is pertinent that meaningful discussion on the issue continues over the course of the election, it is more important still that public pressure continues to be applied on those elected to maintain their promises when the election debates die down. Only continued public demands for long-term solutions to Ireland’s homeless crisis, even after the current crisis recedes, will ensure that adequate policy measures are taken to end homelessness in Ireland.