In 2008, the Department of the Environment, Heritage and Local Government released the strategy document, titled The Way Home: A Strategy to Address Adult Homelessness in Ireland, 2008-2013, providing a positive vision on the future status of homelessness by stating that:

“From 2010, long term homelessness (i.e. the occupation of emergency accommodation for longer than 6 months) and the need for people to sleep rough will be eliminated throughout Ireland. The risk of a person becoming homeless will be minimised through effective preventative policies and services. When it does occur, homelessness will be short term, and people who are homeless will be assisted into appropriate long-term housing” (Department of Environment, Heritage and Local Government, 2008, p. 7).

Seven years on from the publication of the strategy, homelessness remains a pervasive social issue, with the lack of affordable housing and escalating rents seeing an increase in the number of individuals and families without permanent accommodation of their own.

Definitions of homelessness vary, and range from the narrow ‘roofless’ (sleeping rough) definition, to those that encompass all people who live in inadequate accommodation and are at risk of losing a permanent dwelling. My broad definition of homelessness includes those who live rough on the streets, and those ‘hidden homeless’ who live in emergency and temporary accommodation including night shelters, hotels, hostels, refuges, as well as those who live in insecure arrangements, such as squatting, staying with friends or relatives, etc. (O’Sullivan, 2008, p. 16). This definition does not include those who still live in a property of their own, but are at risk of homelessness (e.g. mortgage arrears, tenant eviction). 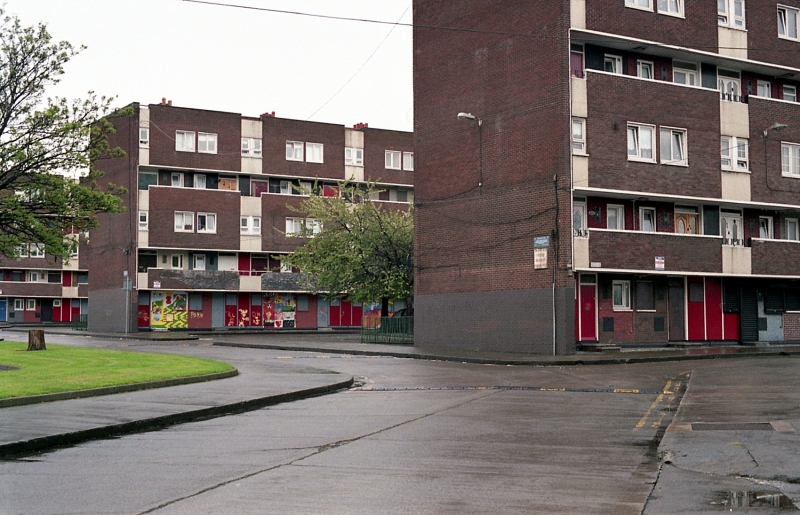 Critiques exist that the Irish welfare system’s approach to homelessness has historically over-emphasised individualistic causes of homelessness, to the detriment of structural supports. Phelan and Norris (2008) characterised the approach adopted in the delivery of homeless services in Dublin as neo-corporatist in nature and largely guided by neo-liberal ideologies, focused on ‘controlling the behaviour of clients, coupled with the failure to put in place all of the supports necessary to enable homeless people to access relevant services’ (Phelan and Norris, 2008, p. 68-69; O’Sullivan, 2008, p. 225). Phelan and Norris’ summation draws parallels with those of Marsh and Kennett, who theorised that the re-organisation and retrenchment of welfare states was leading to the development of a ‘new homeless’ phenomenon, where the end of full-time employment, marketization of the welfare state, reduction of the welfare safety net and the growing prevalence of precarious working practices were leading to an increase in the number of people at risk of homelessness (Marsh and Kennett, 1999).

Indeed, the development of a ‘precariat’ as termed by Standing (2011), where precarious and flexible work practices removes many of the safety nets associated with full-time work, increases the risk of structural homelessness, where individuals without ‘individualistic’ problems are at risk of being locked out of the housing and rental markets. Indeed, even though such employment developments are more likely to require state intervention in the provision of affordable and sustainable housing solutions, there is a move towards the provision of housing solutions through private renting as well as public mediums in several European states including France (Solibail rental management system) and Ireland through the use of both Rent Supplements and Rental Accommodation Scheme (RAS) (Busch Geertsema et al., 2010, p. 70; O’Sullivan, 2008, p. 226). Yet while the private market plays an integral role in the provision of affordable and accessible accommodation, relying on the private market for the provision of enough affordable social housing can leave the state at the mercy of fluctuations of a highly inflexible market, where an increase in demand will result in an immediate increase in rents and only a delayed increase in supply. While Rent Supplements certainly assist those on low incomes to afford to rent on the private market, the limits on rent supplement payable to tenants means that those relying on them to pay for their tenancy are often still unable to afford the increasing rents commanded by landlords in the state. Indeed, with the private market already commanding high rents, there is little incentive for private landlords to take on more financially risky tenants when more financially secure clients are prepared to pay more. While the concept of rent caps has been aired as a possible solution to spiralling costs, previous experience with rent caps in Dublin would not bode well for their reintroduction, with rent caps arguably leading to the dilapidation of buildings as landlords were no longer incentivised to upkeep and upgrade their properties to charge higher rents. Yet, should rent caps be introduced, it is paramount that their introduction be for only a limited period of time so as not to allow for such dilapidation to occur.

In modern society – so reliant on the structure of permanent addresses for the provision of services such as banking and education – the increase in structural homelessness and dependence on temporary accommodation can lead to the disruption of lives, stratification, and the placing of lives ‘on hold’ (Busch-Geertsema et al., 2010, p. 66). While during times of stabilised and affordable rents the private market provides a useful assistance to the state in the provision of affordable housing, the current situation in the Irish property market has illustrated the shortcomings of such an approach. While the allocation of an extra €17 million for emergency accommodation in Budget 2016 and funding for 500 modular housing units will go some way to tackling the short-term situation, it should be remembered that emergency accommodation provisions such as modular housing will not resolve the structural shortcomings that are present. It is this author’s argument that only through the increased public provision of social housing can suitable affordable accommodation be reliably provided into the future for those excluded by the private market. While housing may be regarded as a largely inflexible market good owing in the time-lag between demand and supply, it still follows the supply curve, and in market situations where demand outstrips supply, affordable accommodation is likely to be provided by the market only by compromising on quality.