Media on Gaza: information or speculation?

Media is a powerful tool of information. A look at our screens or a glance through the newspapers can not only provide information on different current events, but can also convey the suffering and plight of individuals across the globe. In recent times, the imagery of Palestinian suffering helped bolster Palestinian solidarity protests worldwide, with calls for an end to the Israeli occupation of Palestine or the lifting of the siege of Gaza common demands.

These seem like reasonable demands for the preservation of human dignity and the right to self-determination. But the emotions which imagery can convey can also negatively influence the objectivity of our conclusions. With this in mind, it is important in the interest of impartiality to actually view the current situation in the Gaza strip in light of facts. 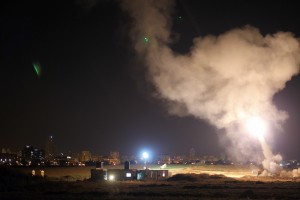 In 2005, Israel withdrew its army and dismantled all Israeli settlements in the Gaza strip, with any Israeli citizens who refused to move voluntarily being evicted by the Israeli army. Despite the current situation often being portrayed as one of continued occupation of the Gaza Strip by the Israeli forces, the Gaza strip is now under the control of the Palestinian Authority, with the recent incursion by the IDF into the Gaza strip regarded by international commentators only as a temporary situation.

So what of the sanctions and siege being placed on Gaza strip? Listening to Irish media portrayal of the conflict, it would appear Israel is perpetrating the conflict by not listening to the reasonable requests of the Palestinian Authority to end the blockade of Gaza. In truth, the siege can trace its roots to the electoral success of Hamas in 2006, with Israel placing the threat of an economic siege on Palestinian held territories should Hamas not satisfy three conditions imposed by Israel and the wider international community:

These do not seem like extreme demands, and could easily be expected to form bedrock for future peace agreements between Israel and Palestine, building upon the concept of a two-state solution, something which Israel is in favour of.

For Hamas however, a two state solution or even the recognition of Israel as a state are not on the negotiation table, with the deputy chairman of Hamas’ political bureau, Mousa Abu Marzouk, saying that recognising Israel’s right to exist is a ‘red line that cannot be crossed’.

We would have spared ourselves seven years of misery under the siege and two wars in 2008 and 2013 had we wanted to recognize Israel.
– (Mousa Abu Marzouk, full interview on Al-Monitor)

The seemingly unsolvable nature of the conflict was the inspiration for the award winning game Peacemaker, where the player’s challenge is to try and bring peace between Israel and Palestine, claimed by the creators as making you ‘never read the news the same way again’. As in the real conflict, both sides make demands that the other side sees as totally incompatible with its own position. But creating a peace agreement cannot even be considered if we persist in playing the blame game.

This blog post is not intended to justify the actions of either side of the conflict, rather it seeks to encourage the reader to critically analyse the general media portrayal of it. Pointing the finger at either Israel or Hamas won’t bring them any closer to the negotiating table.

We will all welcome the cessation of this latest round of violence. But expecting peace to envelop the region should Israel stop its military actions in Gaza is fantasy. Negotiation requires compromise, and compromise needs both sides coming to the table as equal partners to hear each other’s demands. The Egyptian brokered ceasefire offered hope, in that Israel was willing to enter peace talks. With John Kerry set to attempt further discussions today, it is time to stop trying to look for a culprit for this current situation, and rather understand the complexities of the crisis.

Background to past peace talks: http://www.bbc.com/news/world-middle-east-11103745