Conditional Cash Transfers: Alleviating the Present, Investing in the Future

The Irish social policy model, in particular when it comes to welfare provision, is generally categorised as Liberal in nature, taking a passive, ‘safety-net’ approach to welfare intervention. Such a system is intended to alleviate the risk of extreme deprivation, but keep public welfare sufficiently sparse so as not risk the creation of poverty/unemployment trap.

I have argued in my previous article that passive welfare regimes, like the one employed in Ireland, are becoming outdated as states begin to implement flexible welfare regimes in response to the growing complexities of the employment market. Universal Basic Income, or Guaranteed Income, has long been touted as a solution to precarious employment and labour displacement arising from technological advancements. But to date no state has rolled out a fully universal and unconditional Basic Income programme from which policy analysts can gauge effectiveness.

Yet while the unconditional cash transfer element of UBI has not been employed in any state to date, direct, conditional payments to households have been in place for several decades in various states as a direct approach to combat deprivation. These programmes, termed as Conditional Cash Transfers (hereafter referred to as CCT), are predominantly but not exclusively employed in Latin American welfare states regimes, providing cash benefits to households that lie below a specific income cut off point or are living within a geographically targeted region.

The conditional nature of payments in CCT programmes is what separates them from other cash or in-kind distribution programmes. The theoretical benefit offered by such programmes arises from their ability to cover both short-term poverty alleviation through the direct cash element of the programme, and long-term poverty reduction through the conditional elements of the programmes aimed at developing human capital (Shibuya, 2008; Fernald, 2008). Cash transfers are made conditional upon school attendance in over 80% of CCT schemes worldwide – 35 out of 43 in 2014 – (Morais de Sa e Silva, 2015), with mandatory health checks and vaccination also a major component of major CCT programmes such as Mexico’s Prospera programme. 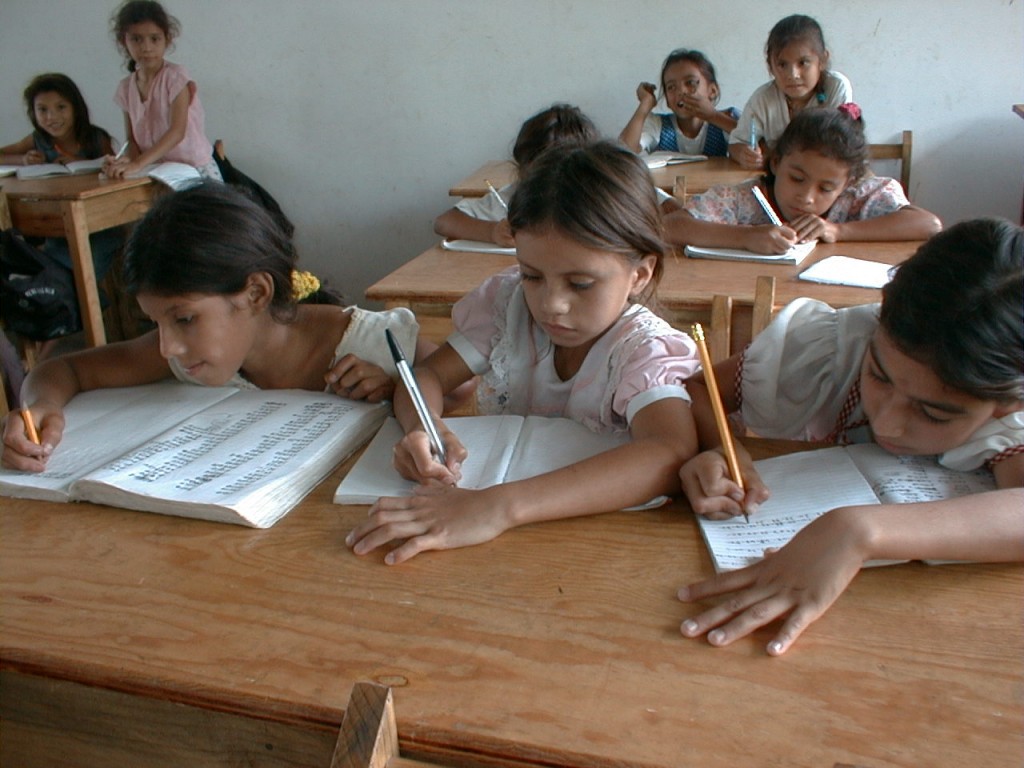 Conditional Cash Transfers are made conditional on school attendance in over 80% of programmes worldwide. Some CCT programmes, such as Prospera, provide extra financial assistance to girls in an effort to encourage further progression in education. (Photo Credit: Zack Clark)

Prospera (and its predecessors Progresa and Oportunidades), often considered the catalyst of CCT programmes worldwide, has been credited with both reducing immediate poverty in Mexican households and improving education attainment levels, thereby raising human capital. And while the contextual differences between Latin American states and European states such as Ireland are significant, dismissing CCT programmes as a potential policy tool for stratified communities in Ireland, such as the Irish Traveller community[i], would negate the proven track record CCT programmes have already shown in improving education attainment and economic welfare.

The nature of the challenges faced by the Traveller community in Ireland, in particular the high risk of economic deprivation and low levels of human capital attainment, appear similar to those experienced by the demographics targeted by CCT programmes in Latin America. Accounting for less than 1% of the Irish population, the Irish Traveller community remains a socially marginalised and often stigmatised community within the state. Only 8% of Traveller children have attained education to Leaving Cert level, and 1% of 25-64 year olds have a third level degree (Watson et al., 2017). These figures illustrate the significant education gap that exists between Traveller education levels when compared to other demographics in the Irish population. Yet a CCT programme could enable further educational advancement, both by providing conditions for individuals to remain in education and by assisting financially towards the increasing costs of education as individuals progress.

This could not be approached in a passive manner, with the successful implementation of CCT dependent on accurately identifying eligible households, following up on compliance, and regularly monitoring payments and their use. Indeed, difficulties in measuring compliance in Brazil’s Bolsa Familia CCT programme has been identified as one of the leading concerns with the programme’s success (De Brauw et al., 2015)., while the calculation of income in other CCT programmes has proven difficult when applied to largely self-sufficient farming households. Yet such difficulties should be less pertinent in higher-income states than in the transitional economies where these programmes are predominantly employed – as such, the effectiveness of CCT could theoretically be even further optimised if introduced into welfare regimes such as Ireland.

CCT programmes are not the solution to deprivation in society at large. This author has previously argued that a Universal and Unconditional Basic Income has the potential to provide both the basic income security and individual agency that could best benefit society in the future. This is something CCT could never do. Yet CCT was never envisaged in this light, but rather as a method of assisting personal development in the present while simultaneously investing in the accumulation of human capital into the future. For marginalised communities such as the Irish Traveller community, implementing a CCT programme could further these developments.

[i] While this article focuses on Irish Travellers as a potential case study, similar arguments could be made for CCT to be applied to asylum seeker/refugee households.