A floating dilemma: the Mediterranean crisis

Amnesty International reported July 2014 that at least 2,600 individuals had died attempting to cross the Mediterranean since 2011. In the nine month period between October 2013 and June the following year, 43,430 would be migrants were rescued by the Italian Navy as part of Operation Mare Nostrum, a rescue initiative which cost the Italian government in the region of 9 million euro per month, and was wound down in November 2014 (Amnesty, 2014, pp. 22-23). While further engaging in search and rescue is likely to benefit both smugglers and illegal immigrants at the expense of the EU, curtailing it has already been shown not to decrease migration into EU territories so much as increase the risk involved in what has already become the world’s deadliest migration route.

It remains important for programmes such as the Mare Nostrum programme initially pursued by the Italian government to be adopted on a pan-European basis in order to save lives and maintain the human rights the EU claims to uphold. However, in order to further ensure that the risk to individual life is limited while the integrity of the EU’s borders is maintained, it is essential not only to ensure efforts are conducted on the receiving end of Mediterranean migration, but also safeguarded at their source.

The importance of this can be identified in how the current crisis is primarily focused on the Italian coast, with Libya the main origin of the migrant flotillas. Besides the Greek and Bulgarian borders that continue to provide a popular entry route to Europe, including for those fleeing from conflict-ridden Syria, there also exists another EU territorial land border that, at least on paper, appears to pose much less risk and easier access for migrants to the EU. The areas in question are the Spanish North African enclaves of Ceuta and Melilla, both of which have land borders with Morocco. While it is true that these enclaves are enclosed by fencing and guarded securely, they are not impenetrable and have at times been breached such as when 400 individuals succeeded in rushing the six-metre Melilla fence in May of last year. The fact that they have not been breached more often and that it is the name Lampedusa and not Melilla or Ceuta that are creating the headlines, is evidence that the latter two border Morocco, a state that continues to maintain controls on its own side of the fence. Thus, in order to maintain a ‘Fortress Europe’, it is equally important for the fortification to have cooperation and control with states outside of the Fortress’ borders, providing a buffer zone from unwanted migration. While cooperation from states such as Morocco and Turkey is evident and has succeeded in limiting migration into Europe through these territories[1], the turmoil in Libya has curtailed the ability of the EU to limit migration into its territories from this point of departure. The result has been the flotillas of migrants seeking to enter Europe by crossing the Mediterranean, the subsequent loss of life, and the slow response of EU states to the humanitarian crisis unfolding in the territorial waters of a union supposedly brought together by its common commitment to human rights.

The termination of the Mare Nostrum programme by the Italian government in November 2014 replaced by the much smaller Operation Triton overseen by Frontex, was an intentional move away from search and rescue efforts and towards the single aim of maintaining border security. The reasoning behind this approach can be regarded as resulting from the belief that the Mare Nostrum programme encouraged individuals to undertake the perilous journey by making the route less life-threatening and, as Kevin Watkins would bluntly phrase it, ‘allowing children to drown is a legitimate deterrent’.

One is obviously unable to successfully determine whether the abandonment of the Mare Nostrum programme indeed reduced the numbers previously willing to undertake the perilous Mediterranean voyage – behavioural economic principles would largely argue that it did. However, what is certain is that it did not succeed in eliminating the flotillas from continuing to attempt the now even more dangerous crossings. One can only surmise from this that the situation these individuals are attempting to flee from, the lure of the potential opportunities available to them with life in Europe, or a combination of both, are sufficiently strong push/pull factors to lead them to risk losing their savings (at an estimated €6000 a head) and indeed their very lives in this endeavour.

As such, a combination of push and pull factors are driving this Mediterranean flotilla into European waters. The pull factor of a European quality of life cannot conceivably be lessened, so attention must instead be focused on the push factors, namely poverty, conflict and failed states. While states such as Morocco are largely successful in limiting the numbers seeking to enter European territories via its own borders, the case of post-Gadhafi Libya, where different ethnic and religious-extremist factions struggle to control the territory, is testament that lack of state control systems opens the gateway for informal mechanisms to supply the demand for human trafficking into Europe. While criticism has been levelled from some quarters at the West’s assistance in the overthrow of the Gadhafi regime, it is the European obligation, owing to the current crisis unfolding in the Mediterranean, to intervene in restoring governmental order to the area, even by use of hard power if necessary. The alarming emergence of Islamic State and other extremist factions fostered in the Libyan power void are likely to further swell the numbers seeking to escape to the perceived safety of Europe. To bring any semblance of order to the migration process into Europe, control must be exerted in the areas of origin, even if this requires outside intervention where democratic state authorities are unable themselves to control the situation owing to the threat of extremist factions. While an interventionist approach is unlikely to be popular, this author would rather describe it as a necessary evil to counteract the greater evil of extremist elements in the region fueling the conflict. 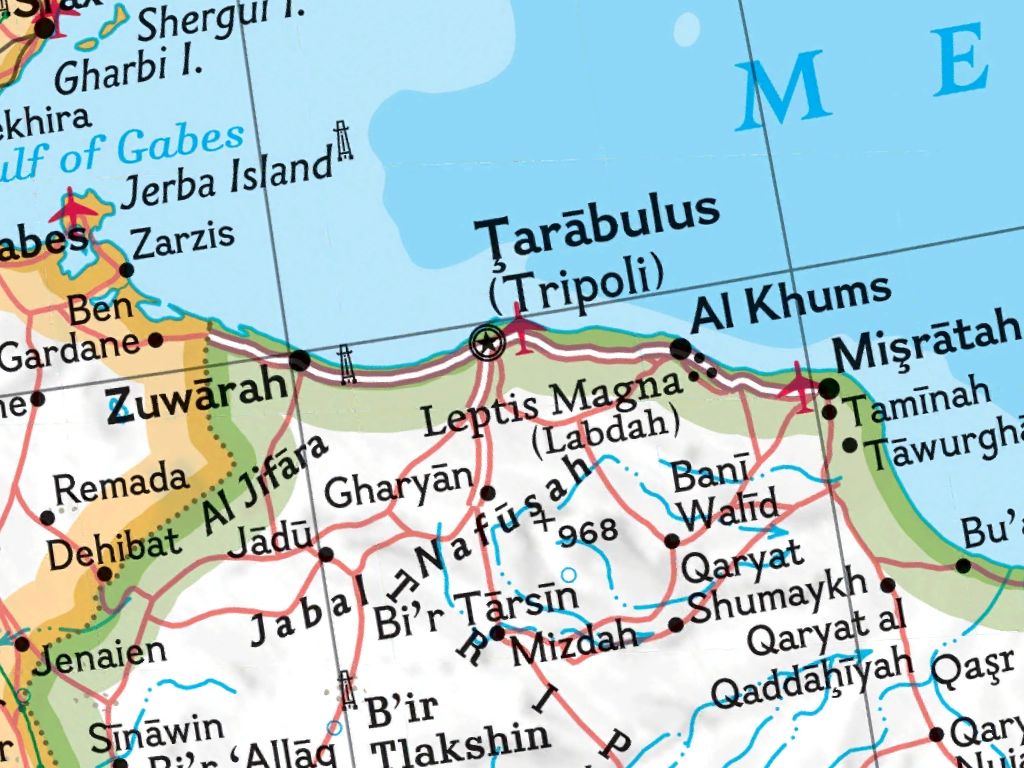 The approach outlined above is unlikely to be adopted in any haste by decision makers in the EU, at least not in the near future until the actual impact of such extremism comes closer to home. The risk however is that such a position might by then have been adopted by the migration intolerant far-right, where the maintenance of Fortress Europe as opposed to the upholding of universal human dignity might indeed be the perpetrator of such a stance.

However, while seeking to implement changes in the source of migration through the use of either soft or hard power might be both controversial and largely inconceivable in the near future, the loss of life in the Mediterranean can be curtailed not only through search and rescue missions, but also by better facilitating the entry of migrants into the EU through official entry points on the borders of the EU. The practice of pushing illegal entrants and asylum seekers entering Greek and Bulgarian territory back across their respective borders into non-EU territories as has been reported by Amnesty should indeed not be tolerated (Amnesty, 2014, p. 20). However, in order for this practice to be eliminated, an EU-wide approach to dealing with migrant and asylum seekers has to be adopted, so that peripheral EU states are not saddled with the responsibility of processing all the migrants seeking to enter the EU. Furthermore, policy needs to be adopted on a European wide scale in order to both facilitate migration but likewise limit and control its extent. While Fortress Europe is a flawed endeavour, a porous Europe with welcoming external borders could likely lead to the development of the same crises that have enveloped North Africa and the Middle East. Turkish economist Dani Rodrik has touted the concept of a temporary asylum programme, whereby individuals are allowed to migrate to Europe for a temporary period of time, later returning to their country of origin with both accrued skills and capital to facilitate its development (O’Connor, 2014, p. 29). Parallels might be drawn indeed with the largely failed gastarbeiter model, but the potential of such a system working successfully should not be lost on the individual. Indeed, the adoption of some temporary entry programme that runs across the EU, while facing many potential pitfalls, is the only alternative to either largescale permanent migration (unlikely to be popular with national governments) or a continued attempt to maintain a Fortress Europe that seeks to infringe on the human rights of migrants fleeing violence and poverty.

[1] The importance of geopolitical cooperation in maintaining border controls has been emphasised in the article on Geopolitical Preferences and the Securitization Debate.